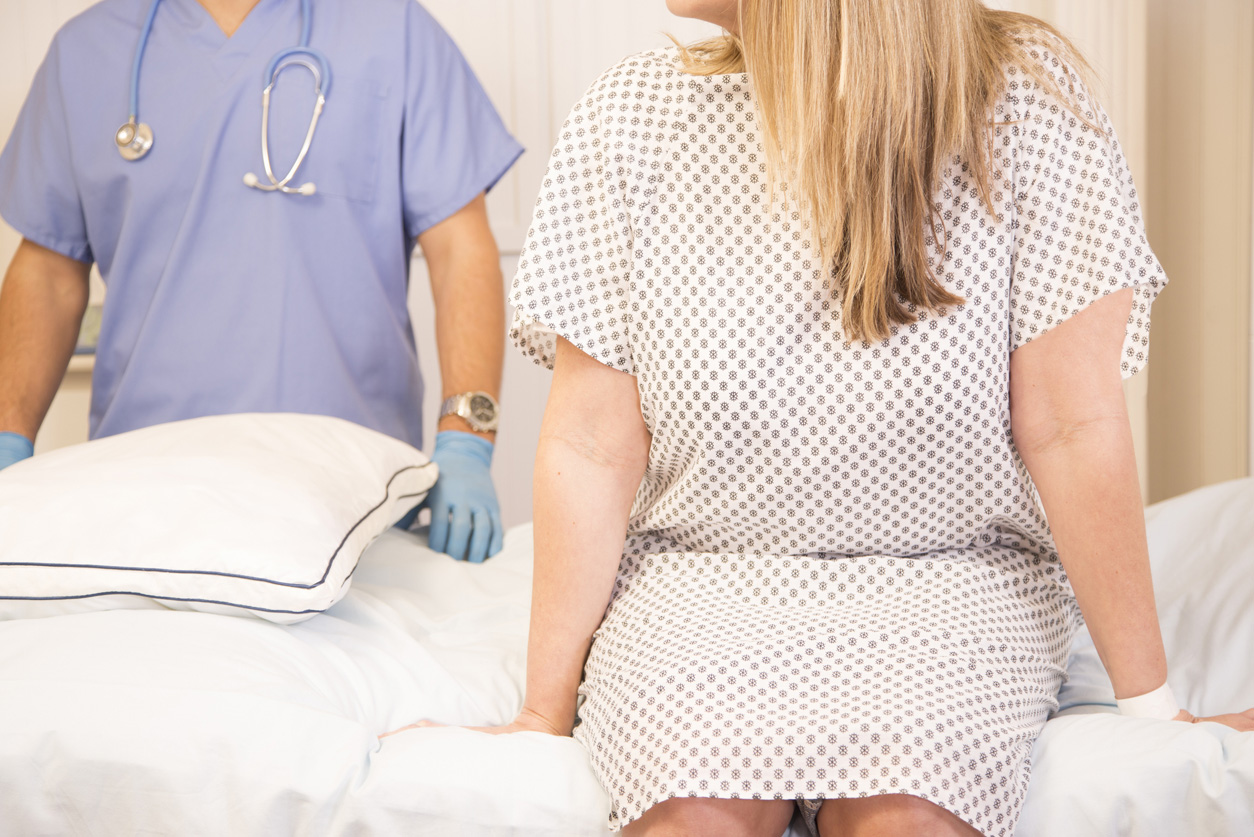 At Clifton OB/GYN in northern New Jersey, our highly trained gynecological surgeons are experienced in most in-office and hospital-based surgical procedures. If you need surgery, your doctor will discuss your options and help you decide what is best for your needs or circumstances.

Procedures we can perform in the office include:

Procedures we perform in an outpatient surgery center or hospital include:

Dilation and Curettage (D&C) – This is commonly performed to remove tissue in the uterus that may be causing abnormal vaginal bleeding, such as endometrial polyps. A D&C is also standard of care for removing post-partum retained placenta in the case of a missed or incomplete miscarriage.

da Vinci® Hysterectomy – Our doctors commonly use da Vinci robotic surgery to perform minimally invasive hysterectomy, or  removal of the uterus and cervix.

Laparoscopy (Minimally Invasive Surgery) – Laparoscopy is a minimally invasive procedure used to both diagnose and treat a number of gynecological conditions. The laparoscope allows doctors to perform both minor and complex surgeries through a few small cuts in the abdomen rather than one large incision.

There are a number of advantages of laparoscopic surgery versus an open procedure, including reduced pain due to smaller incisions, less bleeding, and a shorter recovery time.

Pelvic Floor Repair and Pelvic Prolapse Mesh Repair – This is the most common surgery for pelvic floor prolapse. There are several procedures available when selecting a repair. The doctor will evaluate all areas of weakness in the pelvic floor to determine which surgical technique is appropriate. In some cases, surgical mesh may be used to support pelvic organs when repairing weakened or damaged tissue.

Myomectomy – This procedure is performed to remove uterine fibroids while keeping the uterus in tact. It may be done with a large open incision or laparoscopically through several small incisions.

Tubal Ligation – This procedure is a permanent method of birth control. One of several methods are used to close off the fallopian tubes so that eggs can no longer travel to the uterus. It is typically performed laparoscopically on an outpatient basis and frequently done immediately following a C-section.

Ovarian Cystectomy – Ovarian cysts that don’t resolve on their own may need to be surgically removed.  A cystectomy is typically performed as an outpatient procedure via laparoscopy.

Schedule an Appointment With One of Our Gynecologists Today!

To learn more about the surgical procedures available at Clifton OB/GYN, schedule an appointment with one of our highly trained gynecologists by calling (973) 779-7979 or (973) 473-8269 or by using our online appointment request form.

At Clifton ObGyn in Clifton, NJ, the board-certified obstetrician and gynecologists provide comprehensive obstetric and gynecological care. In addition, our office offers laser services and a number of state-of-the-art surgical and nonsurgical procedures.